A Brief History of Video Poker

Written on Mar 24, 2022. Posted in Gambling.
Video poker has been around for over two decades now, and it’s still one of the world’s most played games in both online and offline casinos across the globe. Original poker is said to have been developed by a Chinese Emperor during the 10th century. Back then, it was officially known as Mahjong, but in the centuries that followed, other nations, including Persia, France, and Germany, all adopted the game and came up with their own derivatives.
Eventually, it was picked up by the US, where it became vastly popular in Louisiana and Mississippi. It was also deemed a lawless sport up until the World Series of Poker was established in the 70s. By that point, the game had exploded so much in popularity that lawmakers decided there needed to be some ground rules. Illegal poker houses were also becoming a problem at that time, which only added to the reasons why the game needed a directive.

While states were busying themselves prepping poker laws and regulations, the 1970s also saw the birth of the very first video poker machine. The model was named the “Poker-Matic” and was created by a company called Dale Electronics. This machine combined a TV screen with a central processing unit to create a gaming system similar to the then-ready-established video slot machine. Word quickly spread of the exciting new invention, and pretty soon, it had become a permanent feature in all of the casinos on the Las Vegas Strip.
Despite being able to find it in almost every casino venue, gamblers weren’t as hyped to play this clunky, new video poker machine as the operators had anticipated. Not only was it a big step away from the traditional way of playing poker on a felt table, but the picture screen was black and white. This made the game look dull and unappealing to players, and naturally, these machines didn’t receive much attention or regard in casinos for several years.
That is until a man called William Redd came along…

The Godfather of Video Poker

William “Si” Redd played a key role in revamping Dale Electronics’ tatty old video poker machine into the ones we know and love today. He is best known for founding the world-leading casino and iGaming company International Gaming Technology (IGT) in 1975; only back then it was known as SIRCOMA.
Prior to establishing his own company that specialized in video poker machines and other casino games, Mr. Redd had been working in the gaming industry for years. It was through this experience that his desire to develop an innovative electronic poker gaming machine was manifested. His early models were based on the same layout as a Jacks or Better game and Five-Card Draw. By the time he had perfected his invention with the help of gaming company Fortune Coin in 1978, two years later, his video poker machines had taken over casinos all over the US and beyond.

Another Step in Evolution

By the 1980s, video poker and slot machines had both become the favorite staples in casinos. Even though slots were and still are entirely based on luck, video poker machines require a mixture of skill and luck in order to win. This was the unique selling point for most players because, on the one hand, they didn’t want to play a game where winning solely relied on chance. On the other, they didn’t want to play games where you need a hefty amount of knowledge, strategy, and experience to be able to win. Video poker turned out to be the perfect blend of the two and gave gamblers the chance to test their luck while putting their basic poker skills to use, creating a fun, engaging, and challenging way to play poker.

Fast-forward to the 90s when leading iGaming provider Microgaming introduced the world to the first-ever online casino. This transition over to digital casinos marked the biggest development for video poker, bringing with it new and creative themes, colors and textures, flash animations, game variations, and layout designs, all of which thoroughly enhanced the overall experience for poker players. The outstanding quality of the graphics and sounds also added to the suspense, but the biggest benefit was that gamblers could now play their favorite card games without even needing to leave the comfort of their homes.
Microgaming certainly set the standard for other casino software providers, and these days the iGaming giant is responsible for powering hundreds of thousands of online casinos across the globe. Thanks to them, video poker has never been so accessible and is now available to play almost anywhere globally, just with an internet connection.
Thanks to companies like Microgaming and IGT, players now have dozens of exciting video poker variants to choose from, aside from the classic version. From traditional Jacks or Better to Texas Hold’Em, Caribbean Stud, Aces and Eights, and Joker Poker – no one could ever anticipate how much video poker would expand in the 21st century. Even progressive video poker is available to play at several online casino sites, giving players the chance to win enormous amounts of cash that would only ever be possible to win in the WSOP if video poker didn’t exist.

Today’s video poker games are of the most outstanding quality and diversity. Online casinos offer numerous varieties of this exciting digital card game, with each of them featuring the most incredible bonus deals to make your bankroll and gaming sessions last. Before playing a new video poker variation, players should ensure they have a firm grasp of the rules, house edge, and winning probabilities of any new variant before taking any big risks with their money. Payout percentages are also an important factor in video poker that shouldn’t be neglected.
Video poker is also very different from land-based poker because players can practice in Freeplay mode. In physical poker, you can only partake in a game if you’re willing to bet real money. You would never be able to “practice” with other players in the WSOP, let alone in a brick-and-mortar casino. Video poker makes all this possible, and you can get to know every strategic move, outcome, and odds of winning without investing a cent.
Ready to start playing your favorite online video poker variants? Head over to our games lobby and discover dozens of fantastic varieties of video poker that you can access for free or play for real money right now! 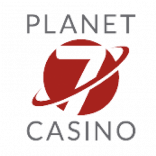 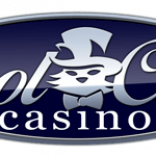 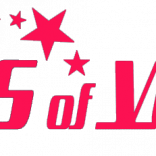 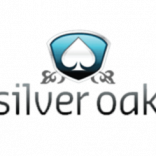 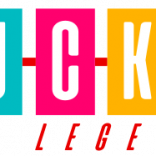